It's always a little strange going to the cemetery --bringing to the forefront of my mind the fact that I really do have a child whose body is buried there. 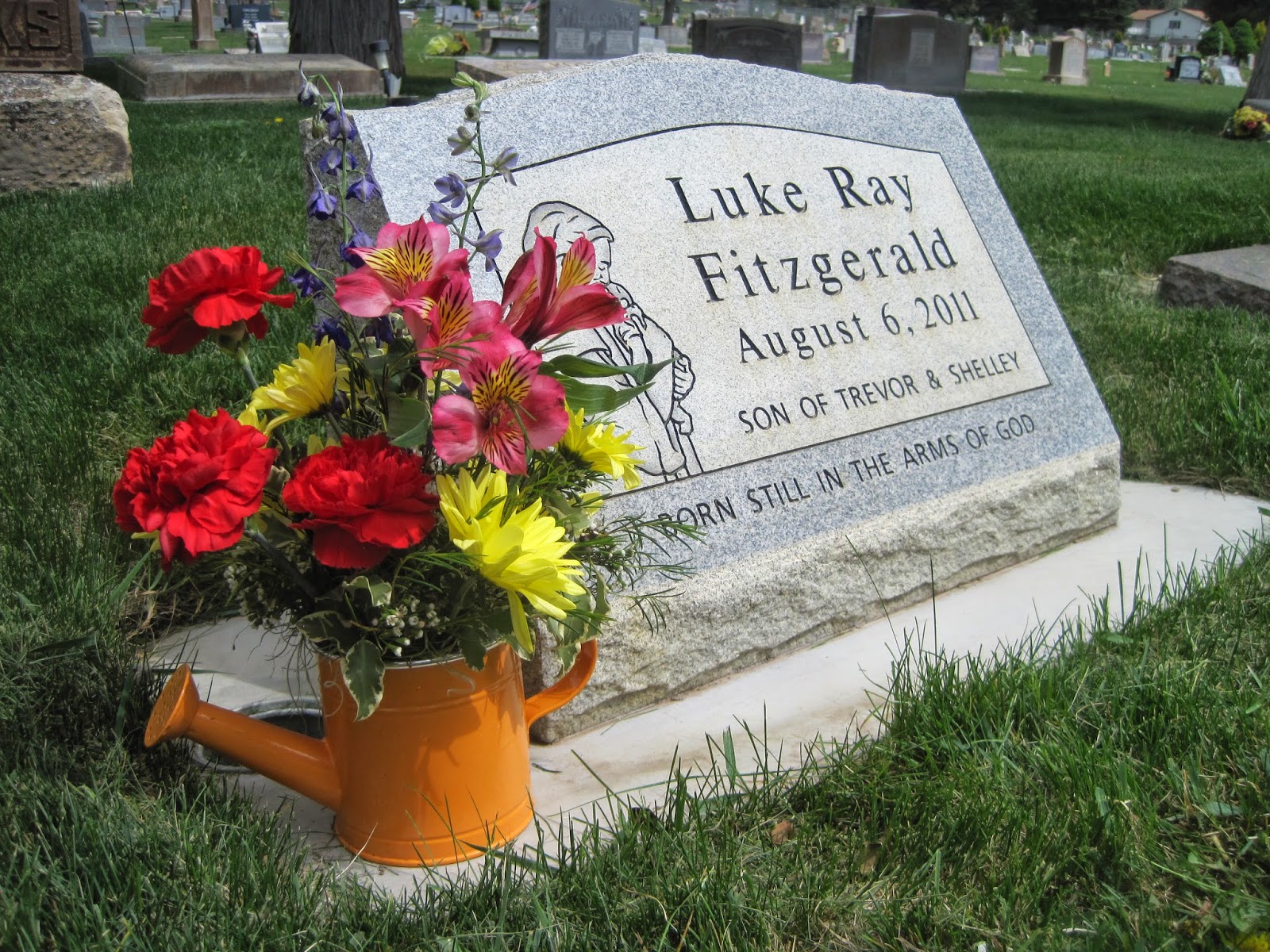 After leaving a friend's house, I didn't have particular plans for the rest of my afternoon. Realizing Jeremy was going to quickly fall asleep in the car I concluded I'd go to the cemetery so he could sleep while we drove there and, if needed, continue to sleep while I was there too. I made a quick decision to get some flowers from the nearest grocery store so we could complete the errand before Jeremy began napping.

We got flowers for Luke and bananas for Jeremy and began driving south.

I decided to not take the freeway, but opted for a route of back roads. Driving through the south parts of Utah Country I found myself in places that I hadn't been since I was actually pregnant with Luke. I drove past a gas station and the details of the day I had been there before came back to my mind. We had stopped there with our realtor when we had been house-hunting back in 2011. Our realtor needed to fuel up and asked if we wanted anything? I was munching on some cut veggies and hummus I had packed with me. I was always hungry. I declined Steve's offer for a candy bar, but took him up on a bottle of water. He finished up quickly and we continued our caravan south looking at several homes, including the one we purchased and lived in for the remainder of my pregnancy with Luke.

The memory was a brief one. One with little emotion or importance. But seeing that place simply brought back a little memory that I had had with Luke. I liked that. I liked thinking about that little moment as I journeyed south toward his grave.

I turned down the row we always park on just across from Luke's grave. Tiredness had overcome me just as much as it had Jeremy. I reclined in my seat and breathed deep just taking in the moment of being there. Sister isn't much of a mover, especially during the day, but I began to feel kicks and nudges inside me. I felt like she was letting me know, that even though she's still on the inside, she was a part of this visit to Luke's grave too.

As I drifted off to sleep I just took in my reality, one baby kicking inside of me, one baby sleeping sweetly in the carseat next to me, and one child watching over us from Heaven. Gratitude filled my heart for these children of mine.

Once I woke up I began my routine of cleaning up Luke's headstone -removing any grass clippings and cleaning up any mud or dirt on the the stone or surrounding cement. This time there seemed to be bird droppings on part of the headstone. So while most mother's a wiping their children's bums, for Luke, I just wipe down his headstone. Mothering begins to take new forms when your child is no longer living, but it's still just as present and part of my life.

Jeremy soon woke up and enjoyed running down the road and being on the grass. I held him and reminded him of his brother Luke who only needed to come to earth to receive a body, has already returned to the Spirit World, and watches over us now. I cried and Jeremy squirmed for me to let him go. With a kiss I put him down so he could run around and be his toddler self.

We didn't stay long but enjoyed the sunshine of the day and snapped a few pictures before leaving. The other days of our trip we rainy and I was so grateful we were able to go to the cemetery on such a lovely day. 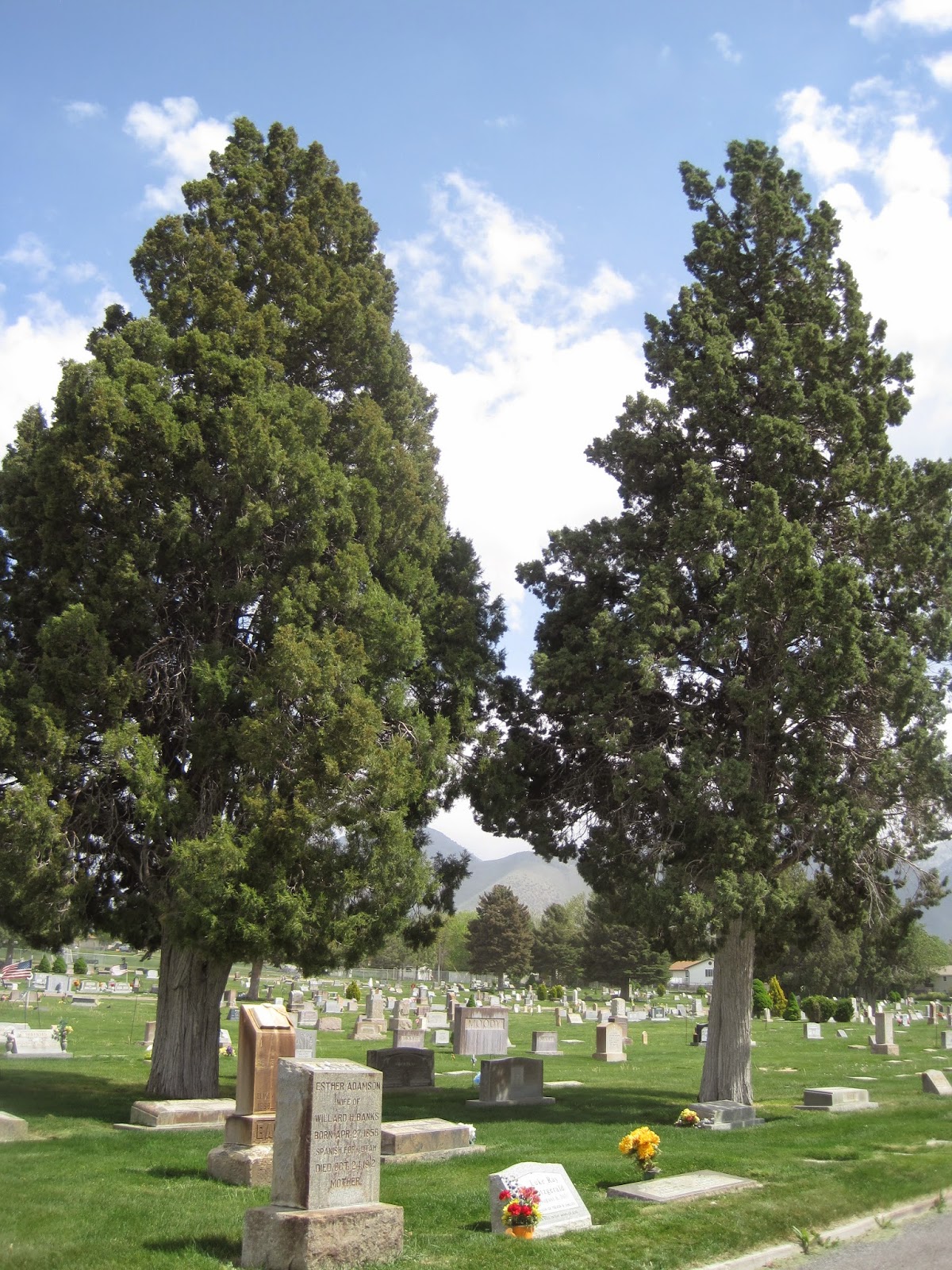 Email ThisBlogThis!Share to TwitterShare to FacebookShare to Pinterest
Posted by Shelley at 9:41 AM No comments: