I'm grateful to my mom continues to tend to Luke's grave when we're so far away and can't do it ourselves. We were at least able to see this sweet little tree she left when we were there to visit in January. 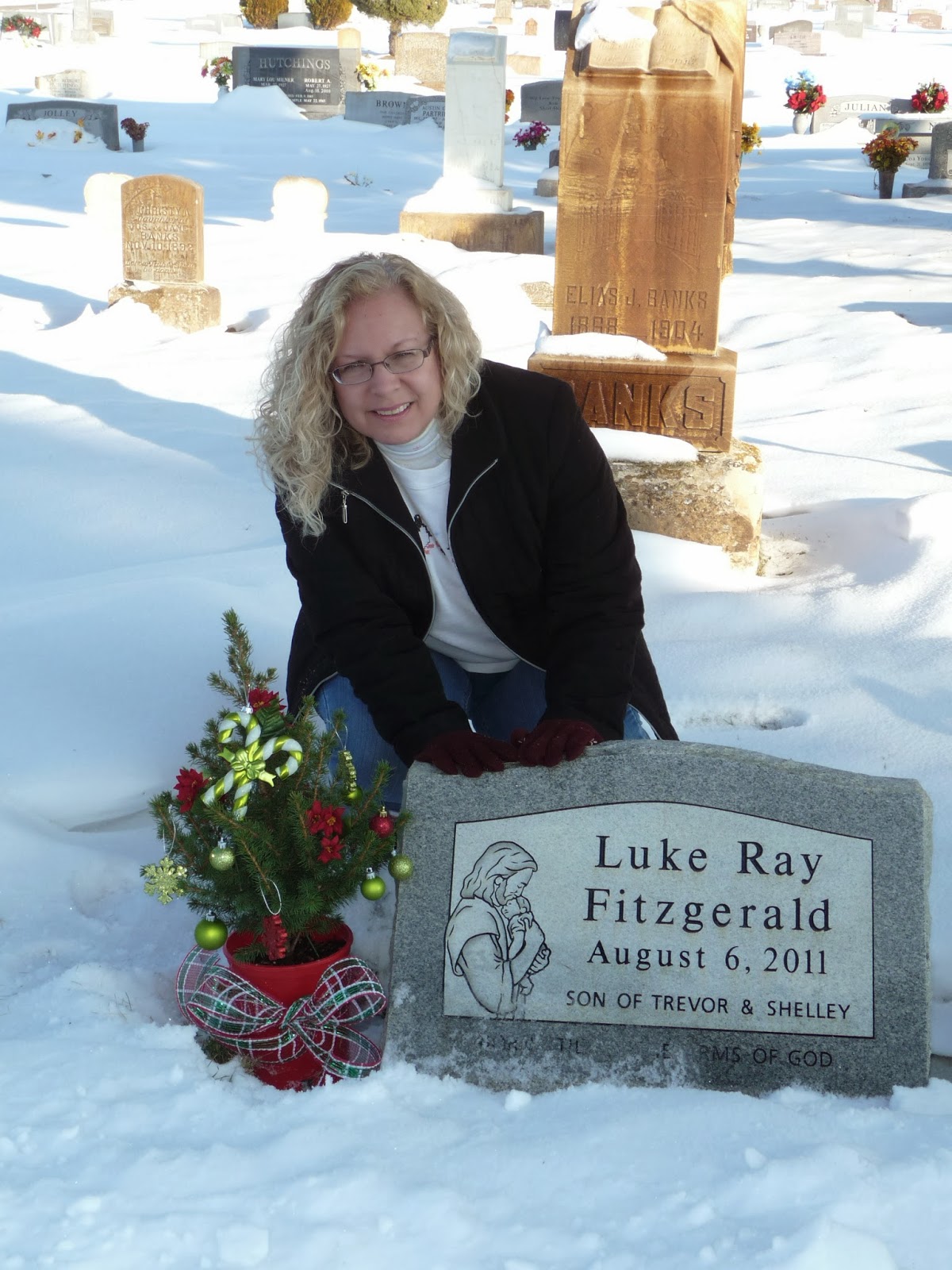 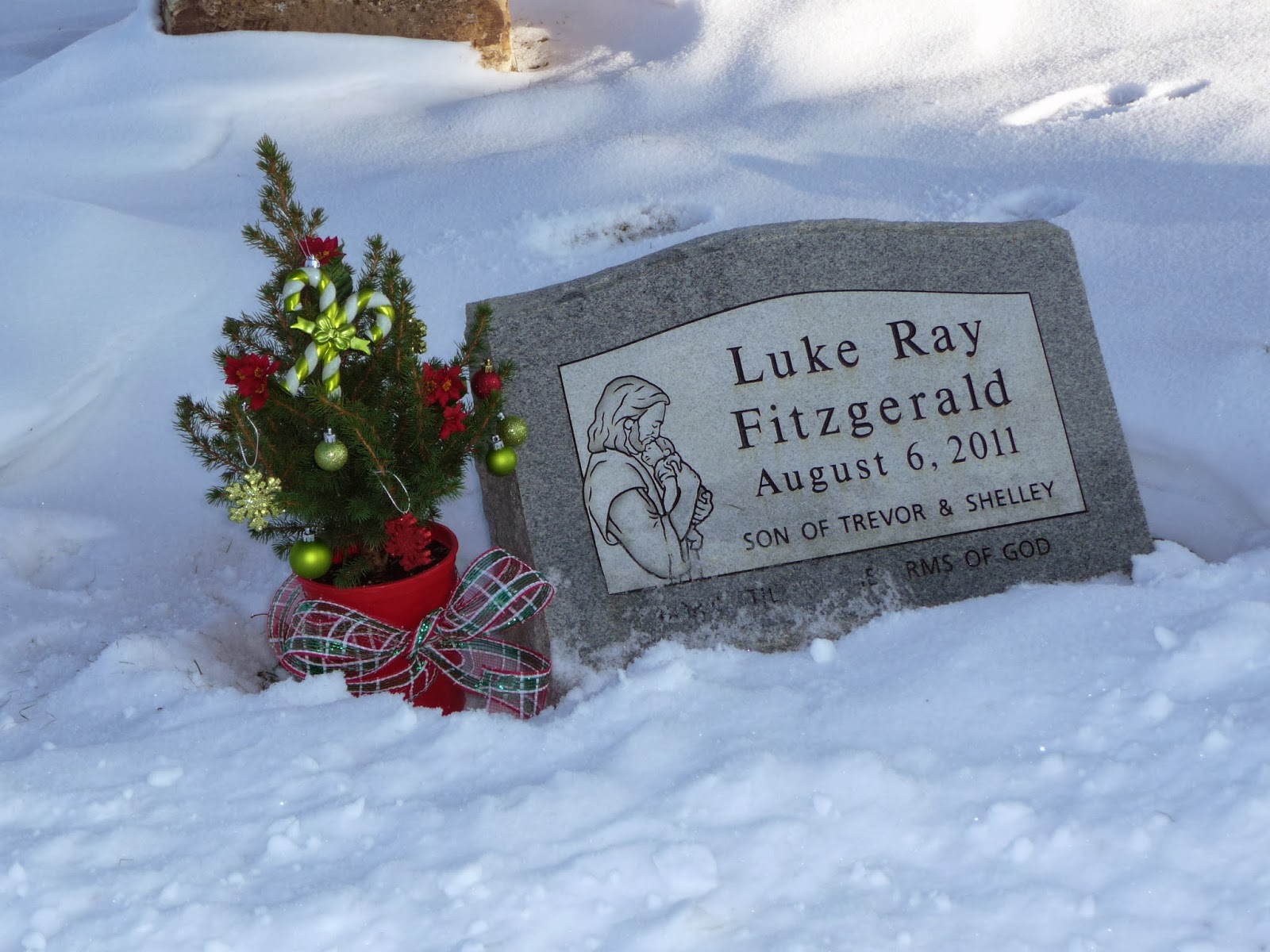 Email ThisBlogThis!Share to TwitterShare to FacebookShare to Pinterest
Posted by Shelley at 5:38 AM No comments:

Life is Precious: Part Two - Babies Don't Have a Voice

Today I can't stop thinking about abortion. For a many months now it has been on my mind off and on. I started this post last spring when I buried a lifeless bird I found in my yard. My thoughts turn again to abortion because of a radio show I heard yesterday, addressing the current issues in the supreme court surrounding Obamacare and mandating the abortion pill.


There are so many things to say on this topic and so many differing opinions. It doesn't seem necessary for me to defend every one of them, yet I want to share some of my honest thoughts I've had.

Wishing for Life vs Taking Away Life
I am heartbroken to think that there are mothers of babies who choose to end the life of their babies when they are only partially formed. How have these woman come to a place so far removed from the recognition of life that their hearts have failed them to love their babies enough to give them life? I can't understand it. I am part of a community of women that would do anything to be able to put life back in to their babies. Anything! But we can't and so we mourn and grieve and sorrow the loss of our sweet, precious children. And on the complete opposite end of the spectrum there is another, I hate to call it this but it is indeed a -- community of women. These woman are choosing to end the life of their babies.

Babies are Slaughtered
I hate to get vulgar here, but this is a truth and when I learned of it I was mortified, sickened, and so saddened for these mothers who would choose to do this. I knew abortions happened, but maybe I chose not to think about it. If I didn't think about what was actually happening it was just a word. Abortion. But as I learn more about it, though I'm afraid to learn too much because my tender heart can't handle it, I am horrified by what is happening. Yes, I think early abortion is just as bad as late-term abortion because that is life. Life growing with potential. Life that is a baby and a child, now matter how formed he or she is yet. What is most sickening to me is late term abortions. I didn't know this happened. I didn't know.

Google it. It doesn't take long to see the results. I didn't need to look much further than the first add.

Do you see what that says. 24 weeks. 24 weeks?! I was astounded when I first saw that. 24 weeks?! Some babies born that early can survive with intense NICU care. And it's legal to kill those babies? I hate that "pro-choice" campaigners will hold banners of zygotes proclaiming "this is not a baby." I'd like them to also hold pictures of a 24-week old baby and claim "this is not a baby." They couldn't. They couldn't do it, because no one would believe them!

That is clearly a baby.

And I believe that at any stage of a "fetus's" life it has just that LIFE. It is a creation of God and has a spirit. "For I, the Lord God, created all things . . .spiritually, before they were naturally upon the face of the earth" (Moses 3:5).

This popular blog post about a woman's change in position also shares some pretty graphic details of late-term abortions. Mortifying. Just mortifying. Until recently I had never thought through what was actually happening to these babies. I used to think it was terrible that many Chinese people who could only have one child would either chose abortion or abandonment for their female children. How terrible, I thought. What a terrible society, I accused them to be. Little did I know my society was equally as terrible. Most recent available data states that "in 2008, approximately 1.21 million abortions took place in the U.S (source)" and "worldwide, there are estimated to be more than 40 million abortions per year (source)." And even worse one blogger who reached out to many women who chose abortion writes, "their stories all shared one thing in common, none of them made their decisions lightly and none of them regretted their decisions." Not to say there aren't mothers who regret abortion, I know there are, but thinking especially on the ones that have no regret.


I do weep for the loss of them that die. Several nights ago I knelt and wept for the loss of the precious lives of all the babies that are aborted. I am astounded that there is a community of women that are so selfish and heartless that they do not acknowledge and honor the life growing inside of them. It is especially astounding for me to learn about late-term abortions. By then not only is the gender apparent, but you have felt the baby move. I wept for the wickedness of this crime. I wept for this evil that is abounding in our nation.

Women's Rights vs Children's Rights
I know "woman's rights" can appear to be a sticky issue, because if government can mandate which babies can and can't be aborted (say instances of rape or incest where it would not by appropriate for the woman or even child to suffer the pregnancy) than the government might start making laws about how and when and where women can give birth. And for me that is concerning because I am passionate about mom's being able to choose their birthing experience, but that is not as concerning as the massive slaughter of unborn children who don't have a voice.

In a day and age where woman and even men are putting their foot down in defense of "their choice," the late James E. Faust summarizes it so clearly:

One of the most evil myths of our day is that a woman who has joined hands with God in creation can destroy that creation because she claims the right to control her own body. Since the life within her is not her own, how can she justify its termination and deflect that life from an earth which it may never inherit?

Avoiding Consequences by Choosing to End Life
I seriously was disgusted and appalled by the sound clip of President Obama I heard yesterday while listening to the radio. President Obama admits himself that he doesn't think women should have to experience the consequence of choice to be sexually active in this disgraceful comment, "I've got two daughters. 9 years old and 6 years old. I am going to teach them first off all about values and morals. But if they make a mistake, I don't want them punished with a baby."

Obviously our society (or many people in it) believe babies are seen as a punishment and people shouldn't have to experience that. Isn't this terrible? I could go on and on about how sad of a commentary this is on general beliefs in the world today, but no need. It just makes my heart hurt for how our hearts have truly turned away from morals, family, life, and responsibility.


In Defense of Choosing Abortion
The post I mentioned above about interviewing women did state:


"Women do not enjoy having abortions, they do not use it as birth control. All of them felt that they were not ready to be mothers and that if they were to have a child, it would not have a happy life and they wouldn’t have been able to provide them with the love or opportunities they felt a child deserved."

So I try to see that side. It does't change the fact that in my heart I know it is wrong to take the life of another. Even if it is motivated by "love," because to me this is actually selfish. Selfish, to choose not find a way to give that child the best whether that's accomplished by making personal changes in one's life or by choosing adoption.


Be a Voice
I am grateful for social media and for the people who have shared things like the article Why My Support for Abortion Was Based on Love…and Lies (if you haven't read it you should!). And this video of the woman who survived abortion.

Elder Dallin H. Oaks urges us to do something about the children suffering (from many terrible things in addition to abortion). He says, "Children need others to speak for them, and they need decision makers who put their well-being ahead of selfish adult interests . . . We also need politicians, policy makers, and officials to increase their attention to what is best for children in contrast to the selfish interests of voters and vocal advocates of adult interests."

So even though this is a heated topic and one with many taboos and many differing opinions and many differing "solutions", I've realize I can no longer hold my tongue and I have to act. Even if that is just sharing information that might influence one woman to choose to give her child life.


If you believe unborn children deserve a chance at life please join me in saying something too!

It can be as simple as signing this petition for a current supreme court case.