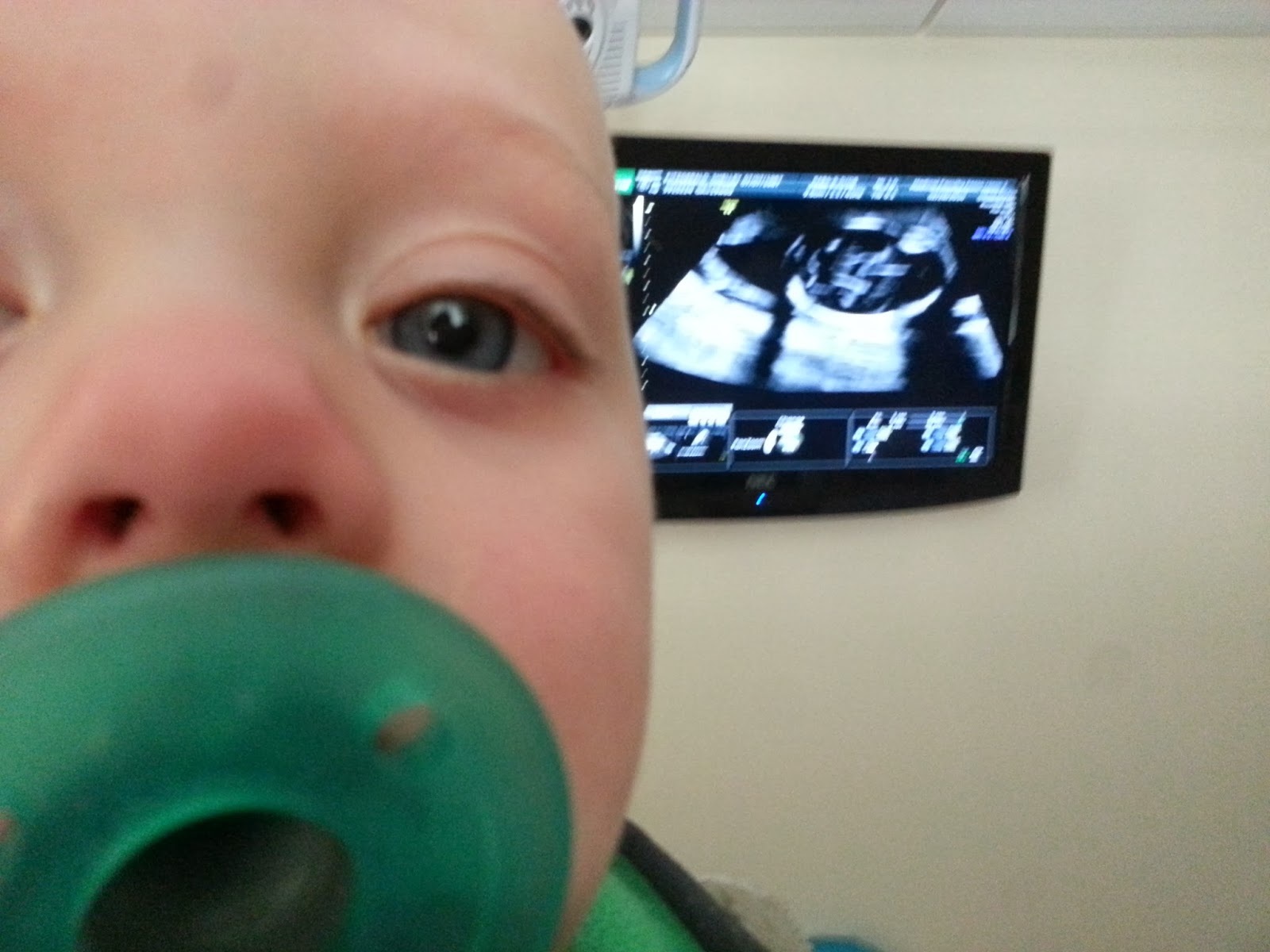 Email ThisBlogThis!Share to TwitterShare to FacebookShare to Pinterest
Posted by Shelley at 12:07 PM 6 comments:

Some people have favorite places or things to do which they make a point to add to their agenda when they're back in their "hometown." You know, pizza parlors, other restaurants, favorite stores, perhaps visiting their alma mater.

Whenever we're in Utah we go to the cemetery. 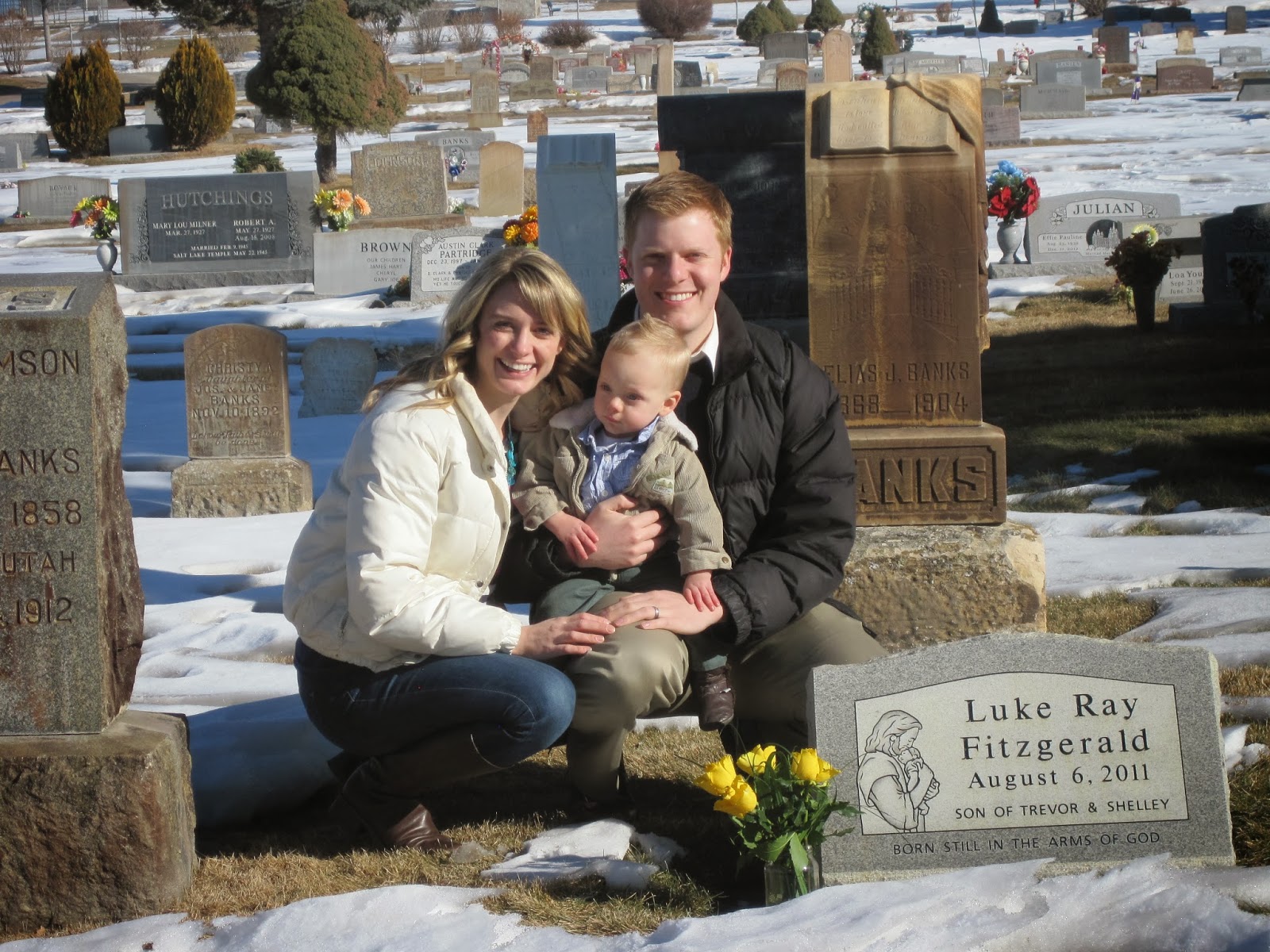 I don't know if calling it a "favorite place" is quite the right thing. Yet it is an event that always makes it on to our agenda when we're in town.

I never went to Luke's grave regularly. Some people go daily or weekly after they lose a loved one. I went whenever I felt so inclined. I didn't necessarily feel like it brought me closer to Luke to be there. I guess I got that from attending the Provo temple every week instead. I was there to honor him and bring something fresh to adorn his grave. I did a lot of remembering and connecting too while I was there, but I didn't need to go there to do that. 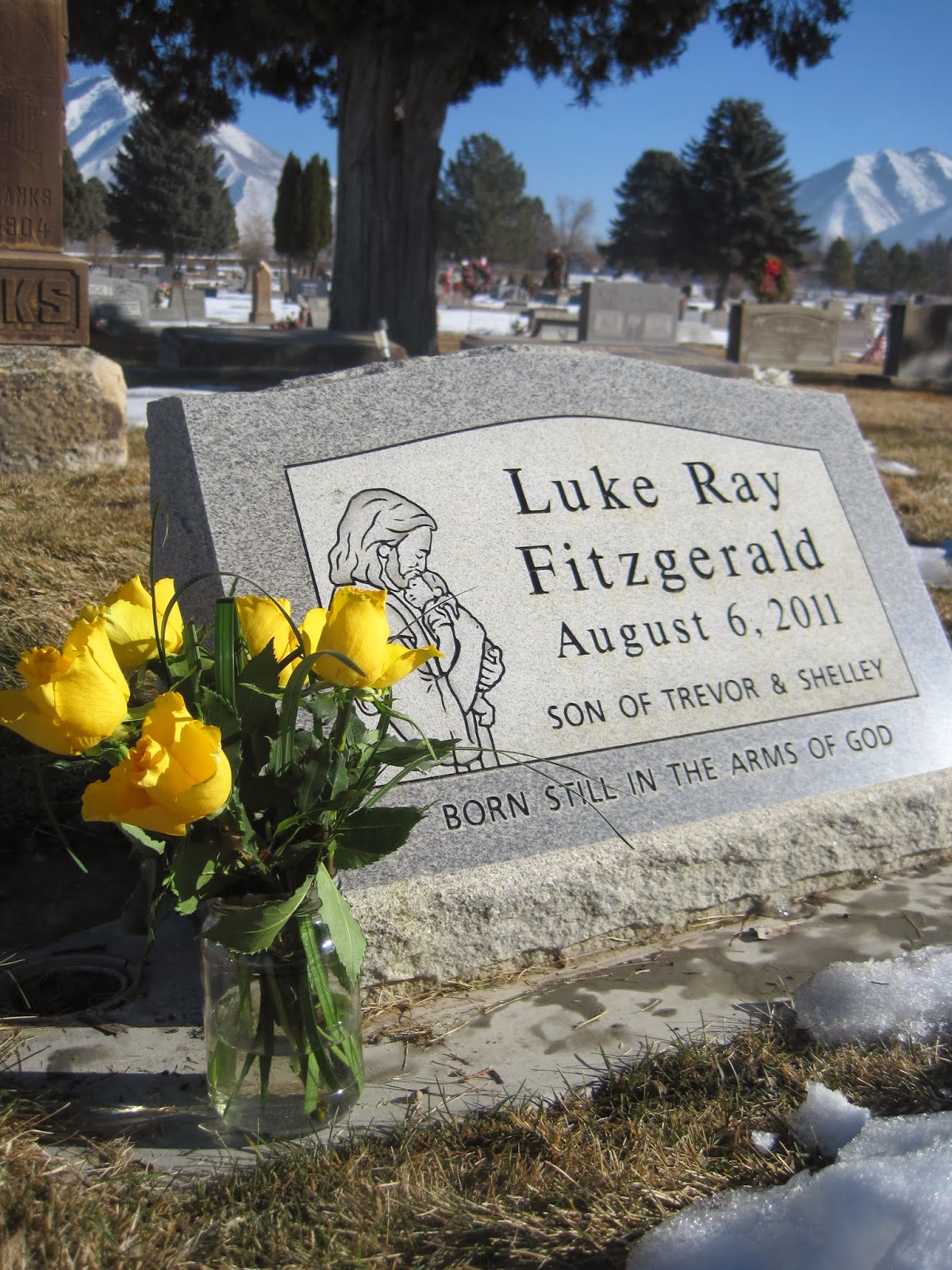 When I would go there with Trevor we used to talk about how one day . . . one future day . . . we would surely be there with lots of little ones running around as we brought them together to honor their older brother.

That day isn't too far off. We at least have one little guy cruisin' down the road in front of Luke's grave and doing laps around the headstone. I'm grateful Jeremy is able to be there with us. I am grateful he has an older brother who can look out for him, even if it's not in the "normal" older-brother way. I am grateful to see our family growing and God's plans for us unfolding. 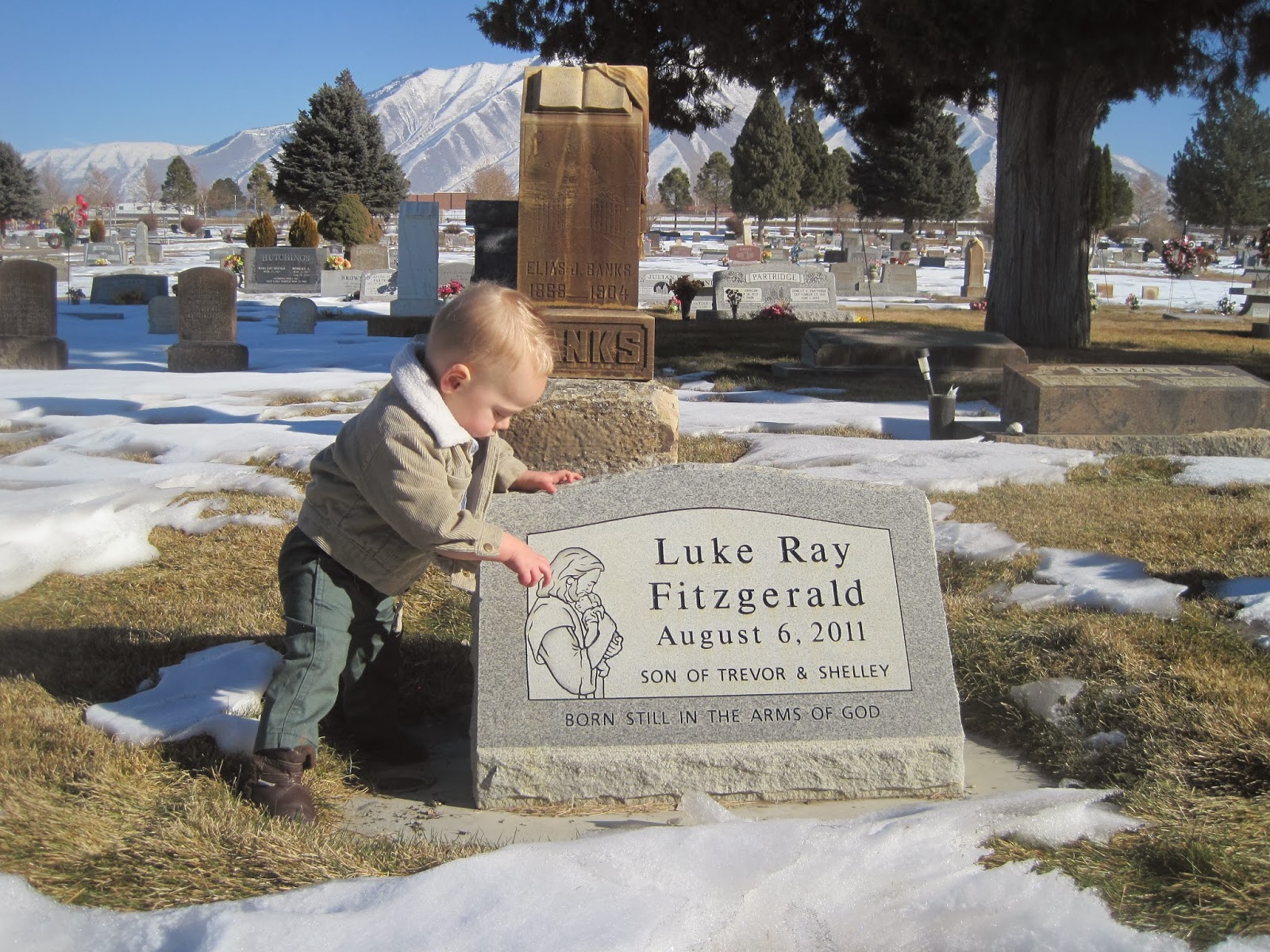 It's always special to get to be back at the cemetery even if it brings back the painful feelings of all the events that unfolded that week in August . . .  not even two and half years ago. When we let the memories come back to us, it feels even more recent. 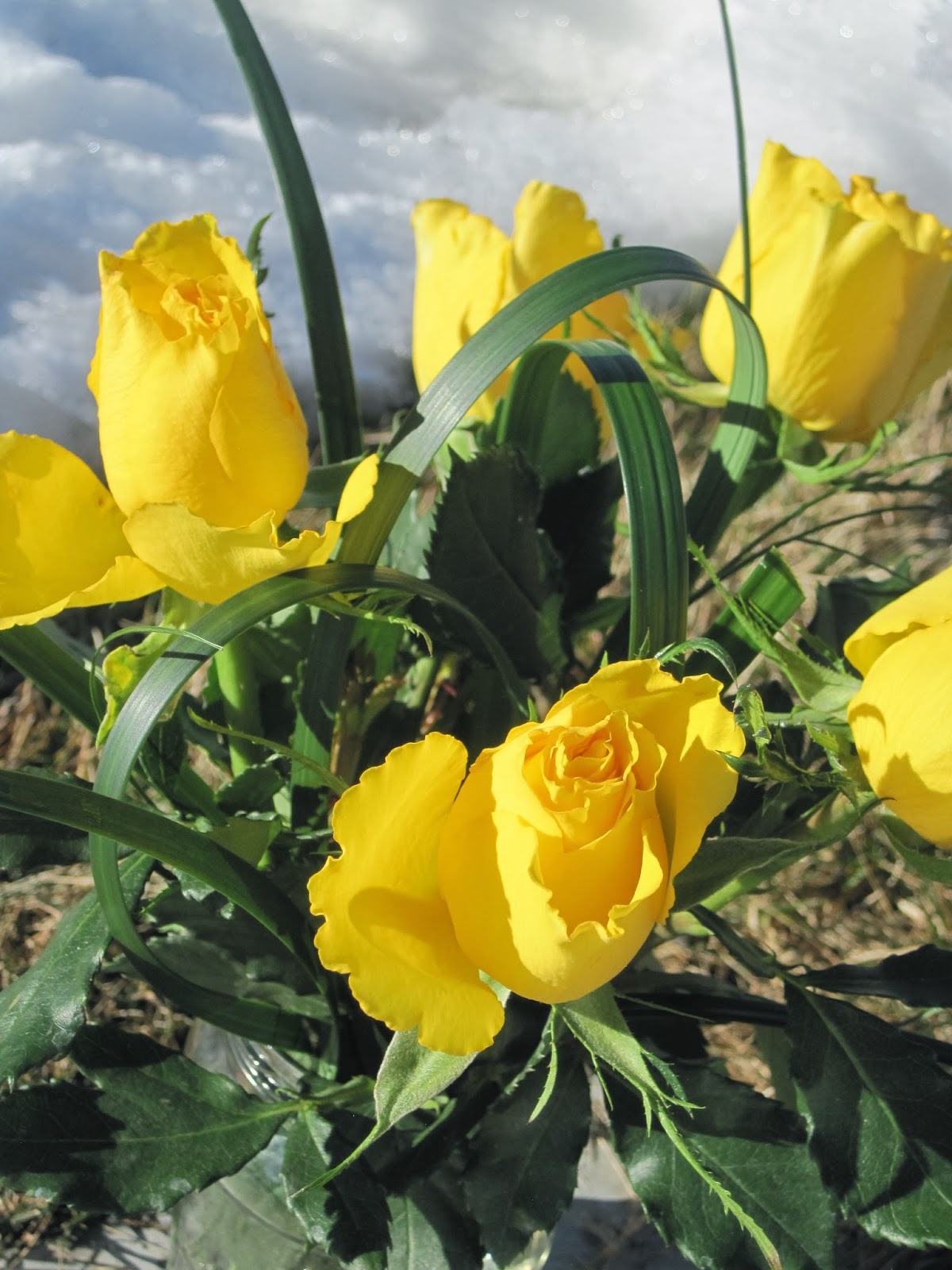 We know you're busy doing work on the other side of the veil, but we hope you know we came to visit your grave. We love you dearly and will never forget about you.
Email ThisBlogThis!Share to TwitterShare to FacebookShare to Pinterest
Posted by Shelley at 8:32 PM 2 comments: