In Seattle for Ray's Funeral

I already wrote a little bit about our trip to Seattle for Trevor's grandpa's funeral. This is when I felt like we should honor Grandpa Ray by giving Luke his middle name. I don't know that I have too much more to say about this trip. I just wanted to include some pictures of my and my pregnant belly (or lack thereof!).

This is when we went to visit Ray in the hospital. You can't even see my belly in this pic, but to me, I look so prego! I can just see it in my ribs. Other things of note in this picture -- Trevor's jeans! I'm pretty sure his only pair at the time. They were replaced upon leaving the hospital. Also, my adorable nephew Jacob. I loved getting to spend time with the kids this trip. 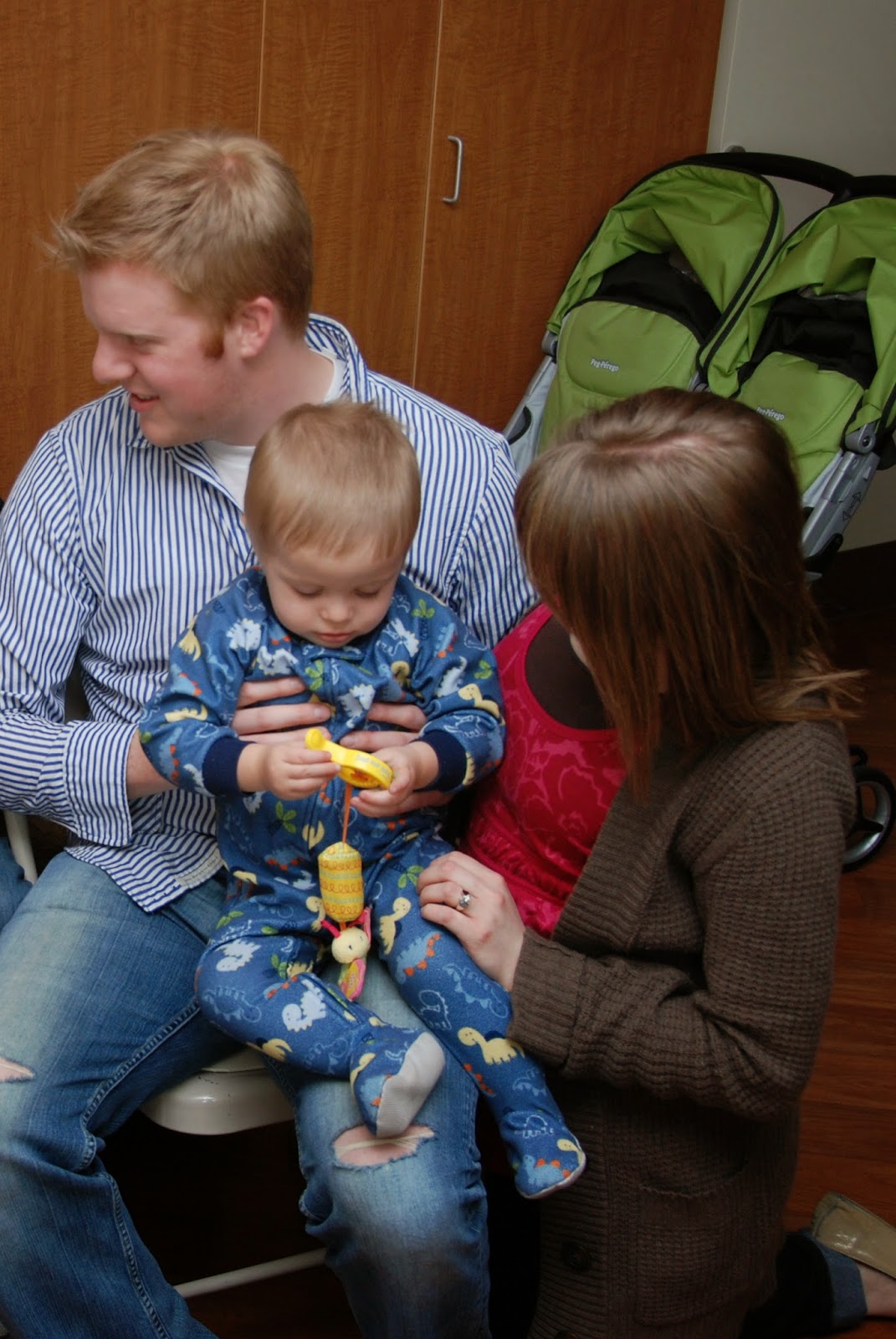 This sweet little baby is Calie's boy, Cooper. I was lucky enough to get to hold him and be with him while we were in the hospital. I remember it being a little weird just because I didn't even know what to do with a baby - how to hold him, how to make him happy. In spite of me feeling a little clueless about the whole baby thing, Calie was so sweet and mentioned how I was going to be a natural because she could see how good I was with Cooper. So sweet. This was the first time I met Trevor's cousins and I fell in love with them! 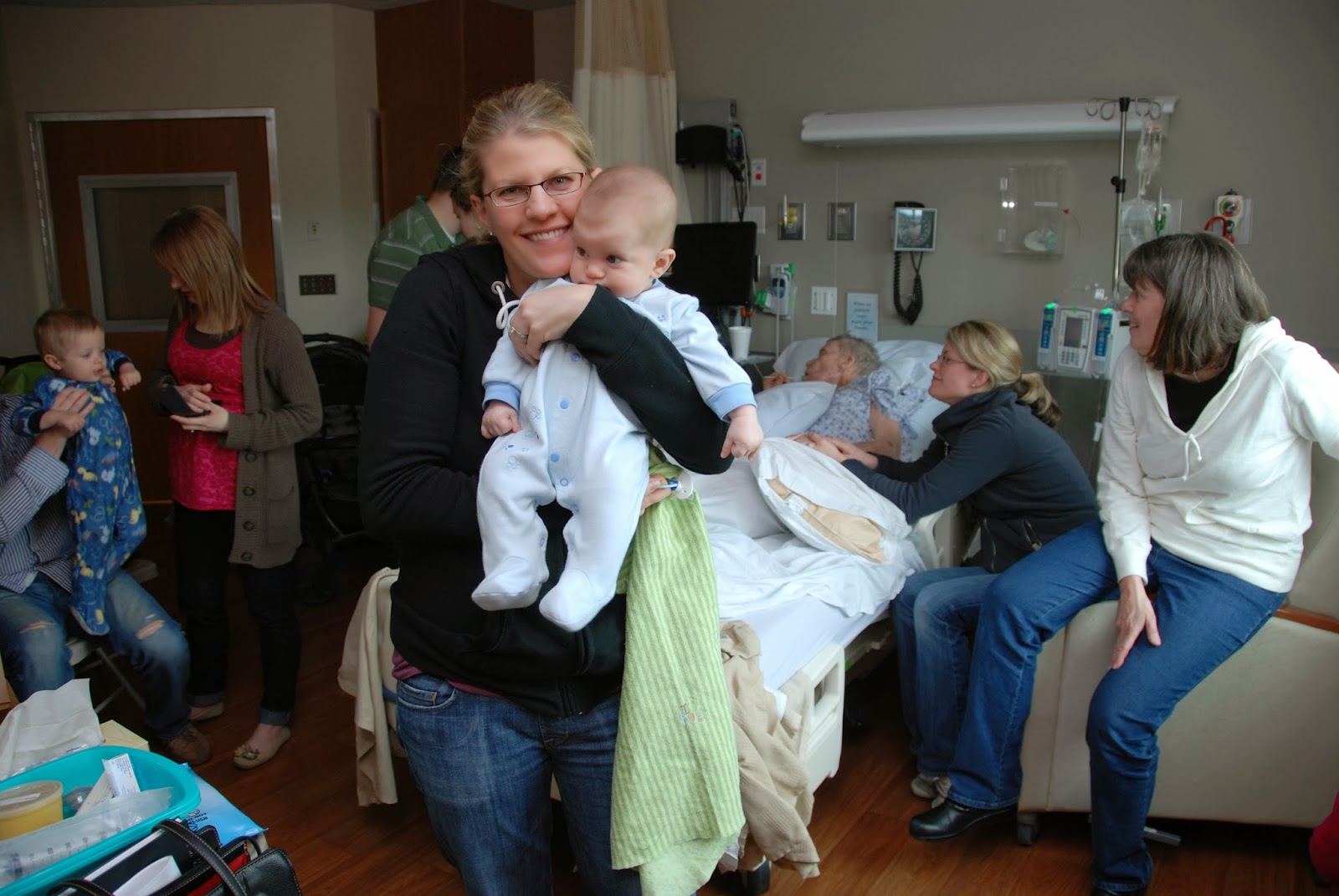 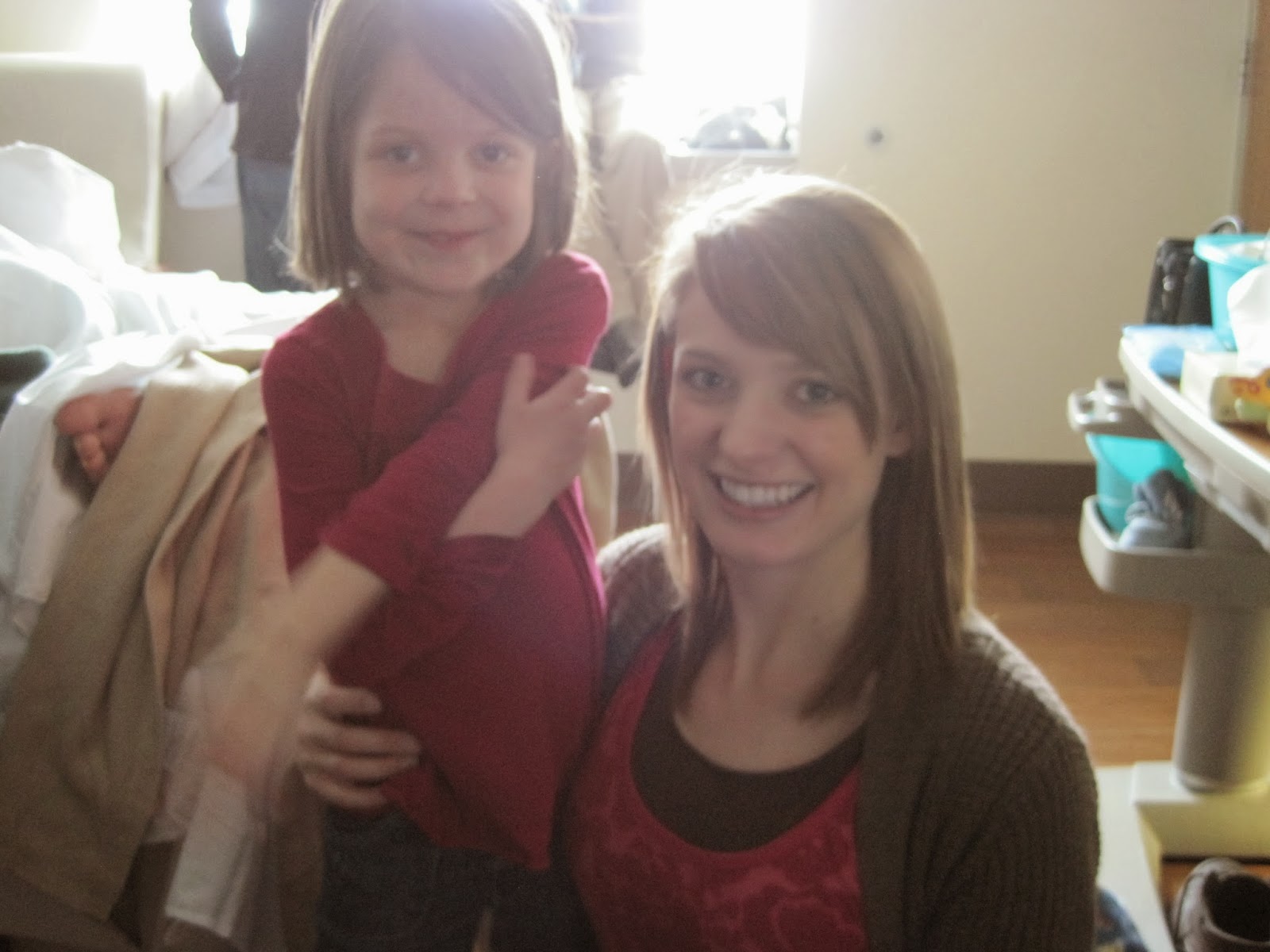 Trevor's cousin LaDona was also pregnant at this time. I remember it was hard not be truthful about how easy my pregnancy was when she was around, because, if I recall correctly, her pregnancies are NOT easy. I never wanted to come off the wrong way or make her jealous about how great I was feeling! 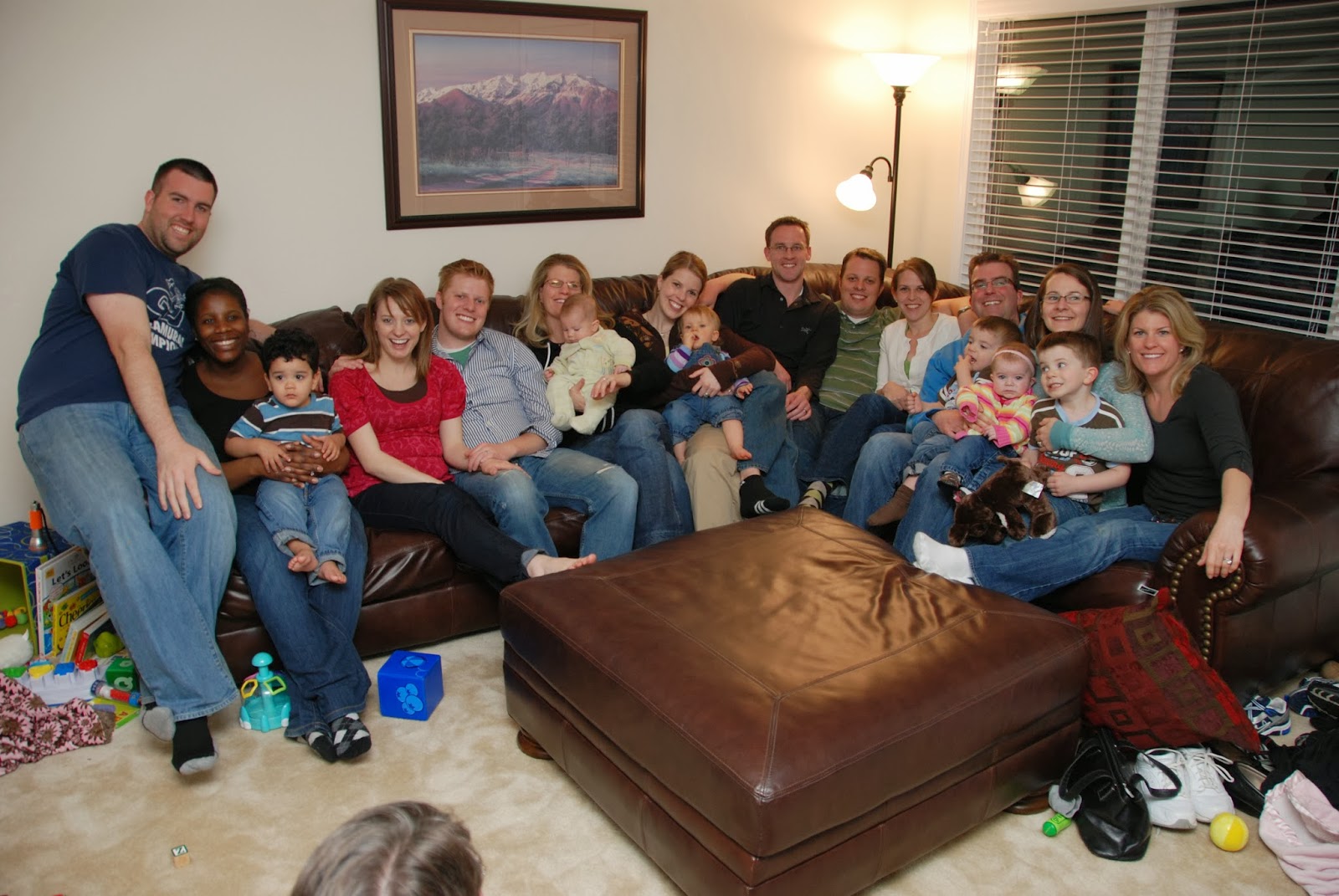 Emily wanted to help me in the kitchen. Showin' off that pregnant belly! I think that week I kinda popped while we were there! You can definitely see my bump! 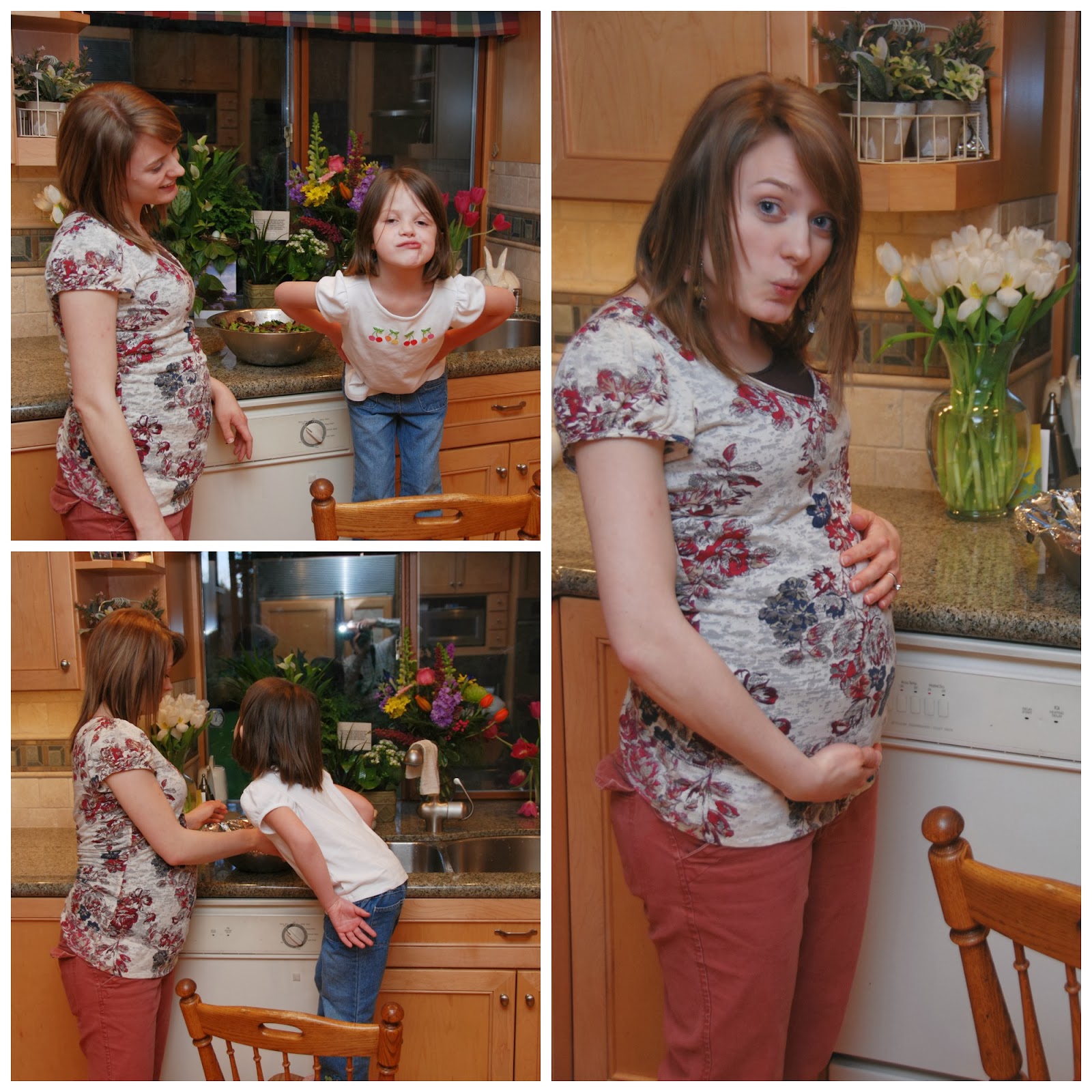 I worked with my sisters-in-law to make the collage of pictures highlighting different parts of Grandpa Ray's life. 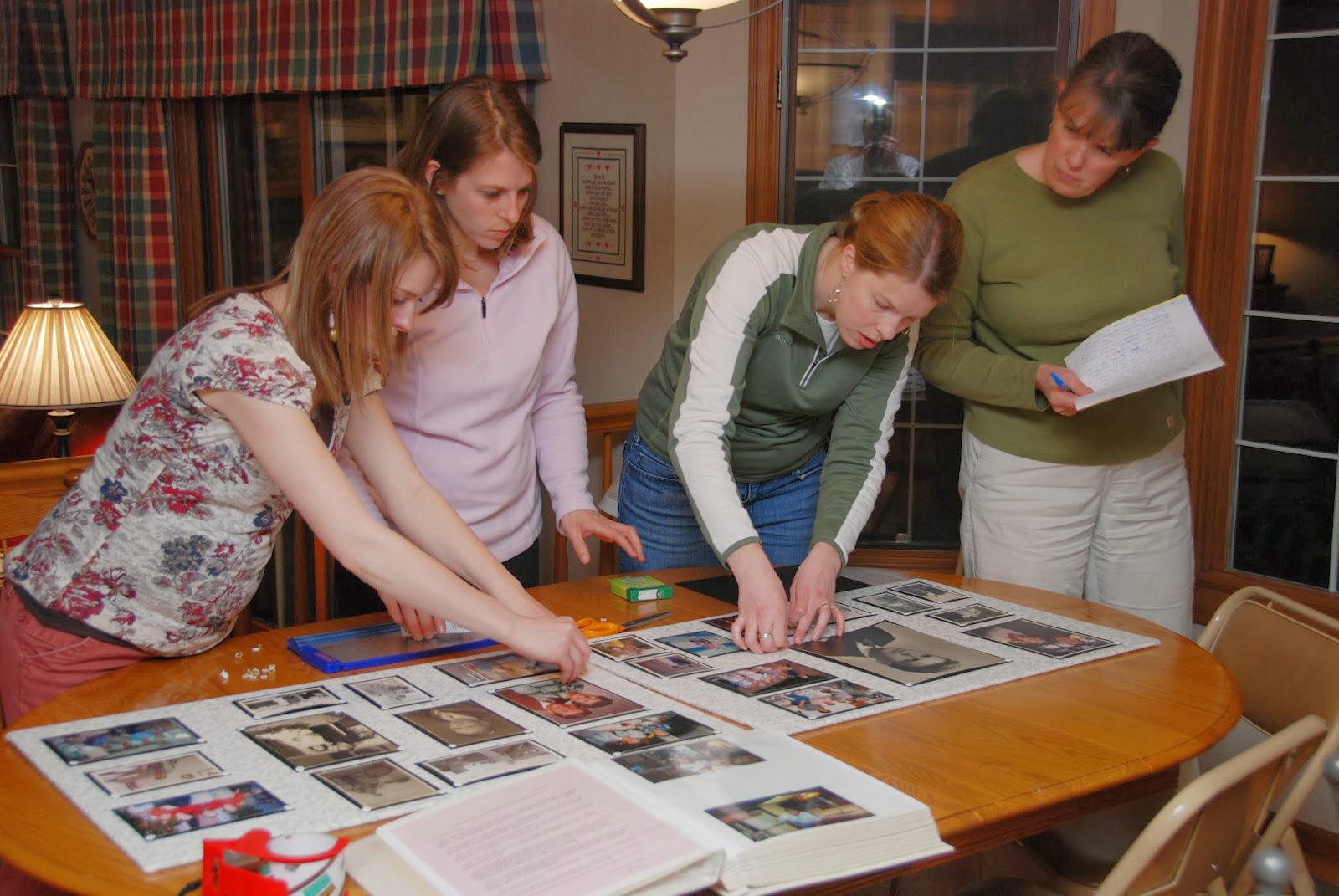 Maryanne and me chatting with cousin Holly after the funeral. 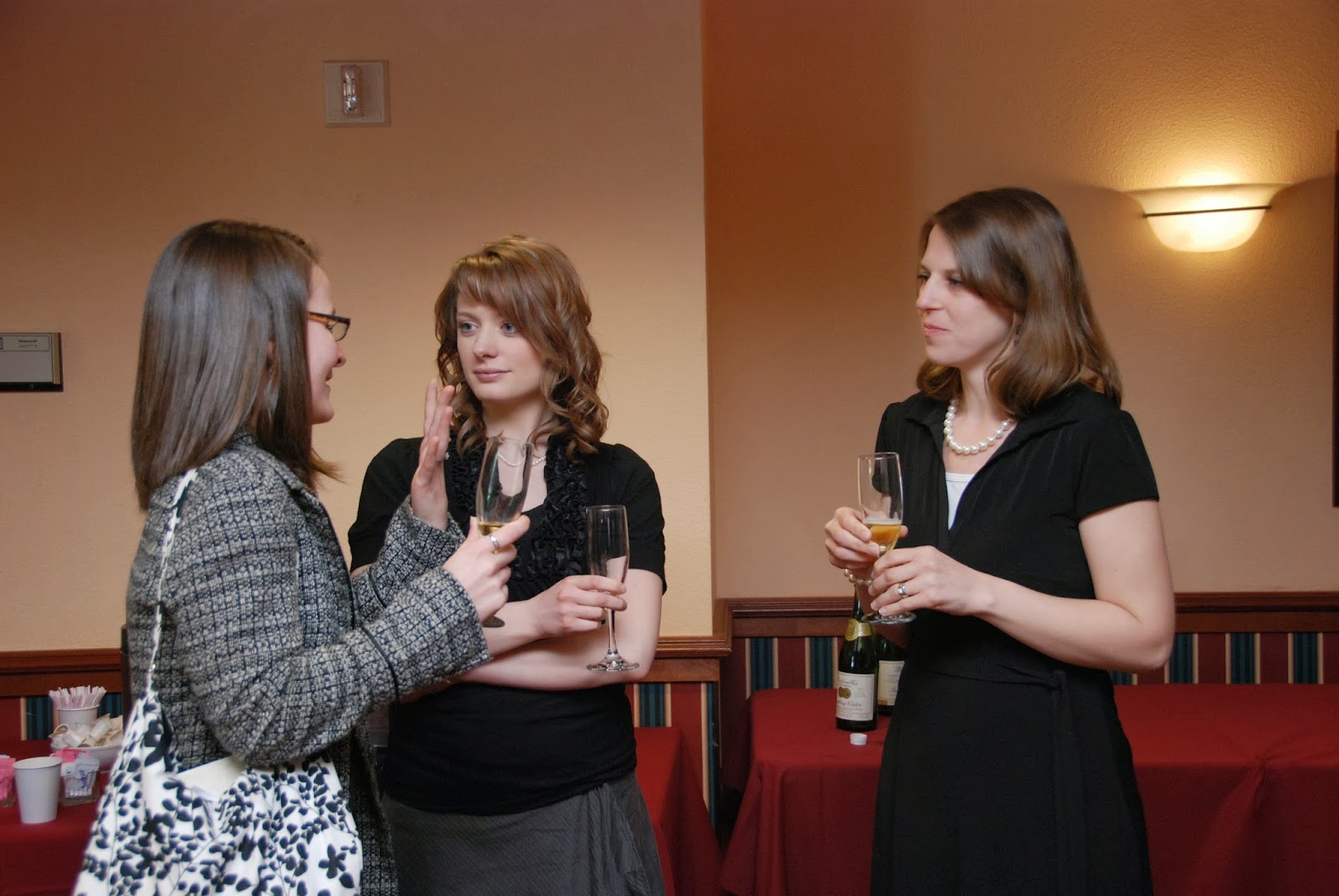 I can hardly believe this picture is from the same weekend! Granted there is a railing in the way and I'm wearing a sweatshirt, but still, I don't even look pregnant from this side angle! Crazy! 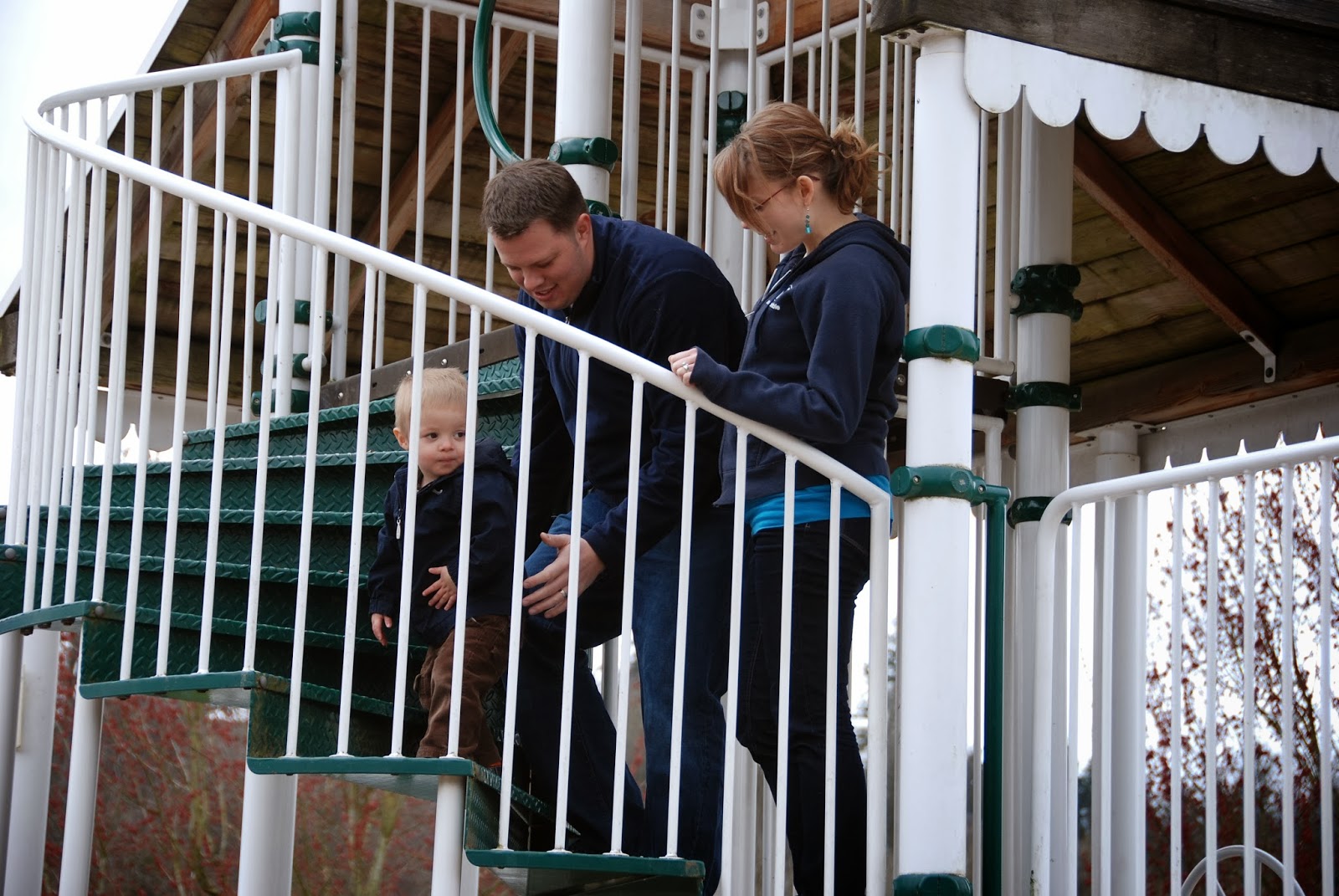 Spent a lot of my time playing with the kids. I remember Jacob didn't want to play where everyone else was playing so he and I played together in the mulch for a while. 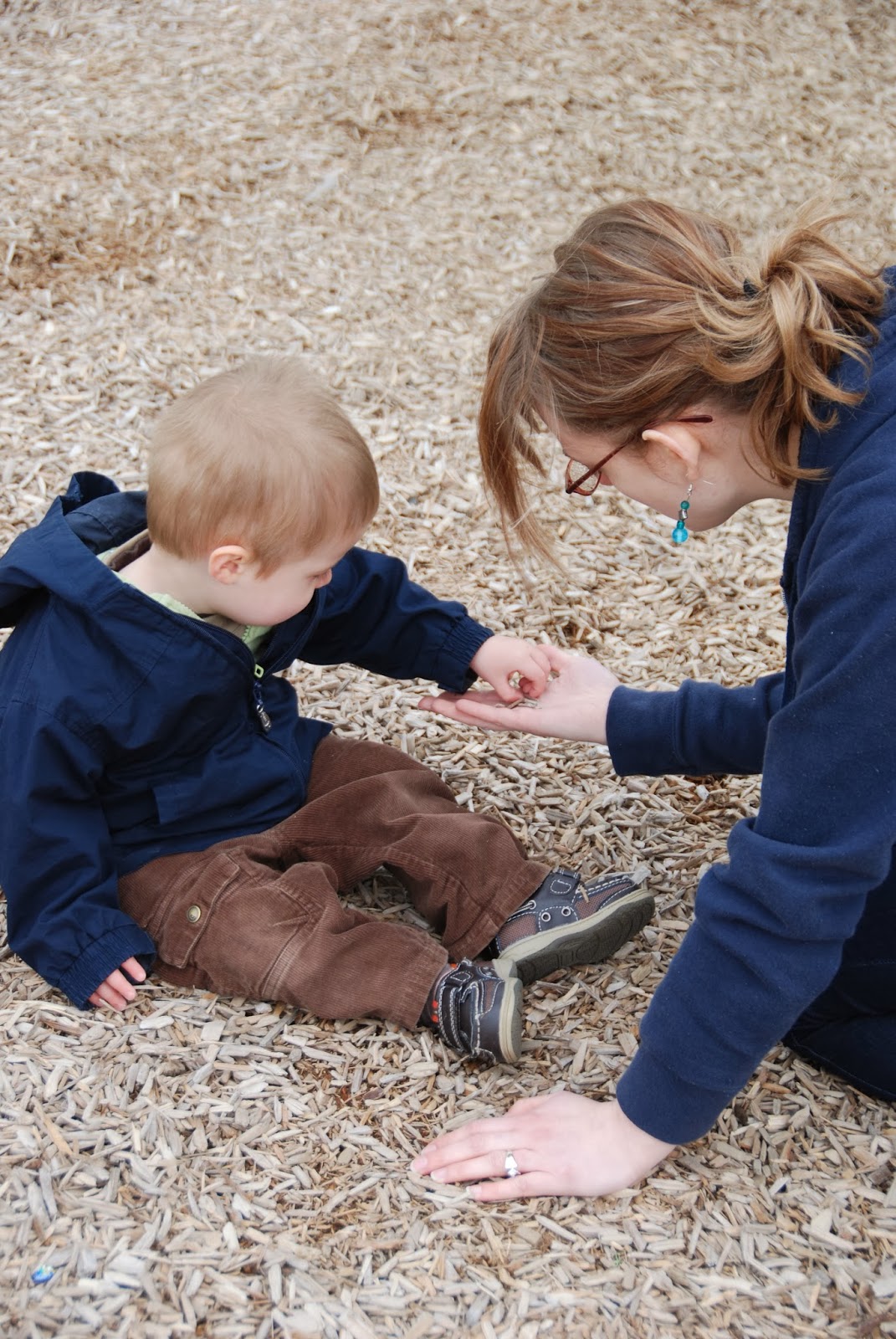 I remember Jim was astounded that I was pregnant and dancing around the kitchen! Not a big deal to me and not the last time during my pregnancy! I even had a little mini-me join in on the show!

Here's a selfie! No make-up makes my eyes look so sleepy, at least that's the first thing I thought when I first saw this picture right after we took it. To me, my face looks so prego and wide! 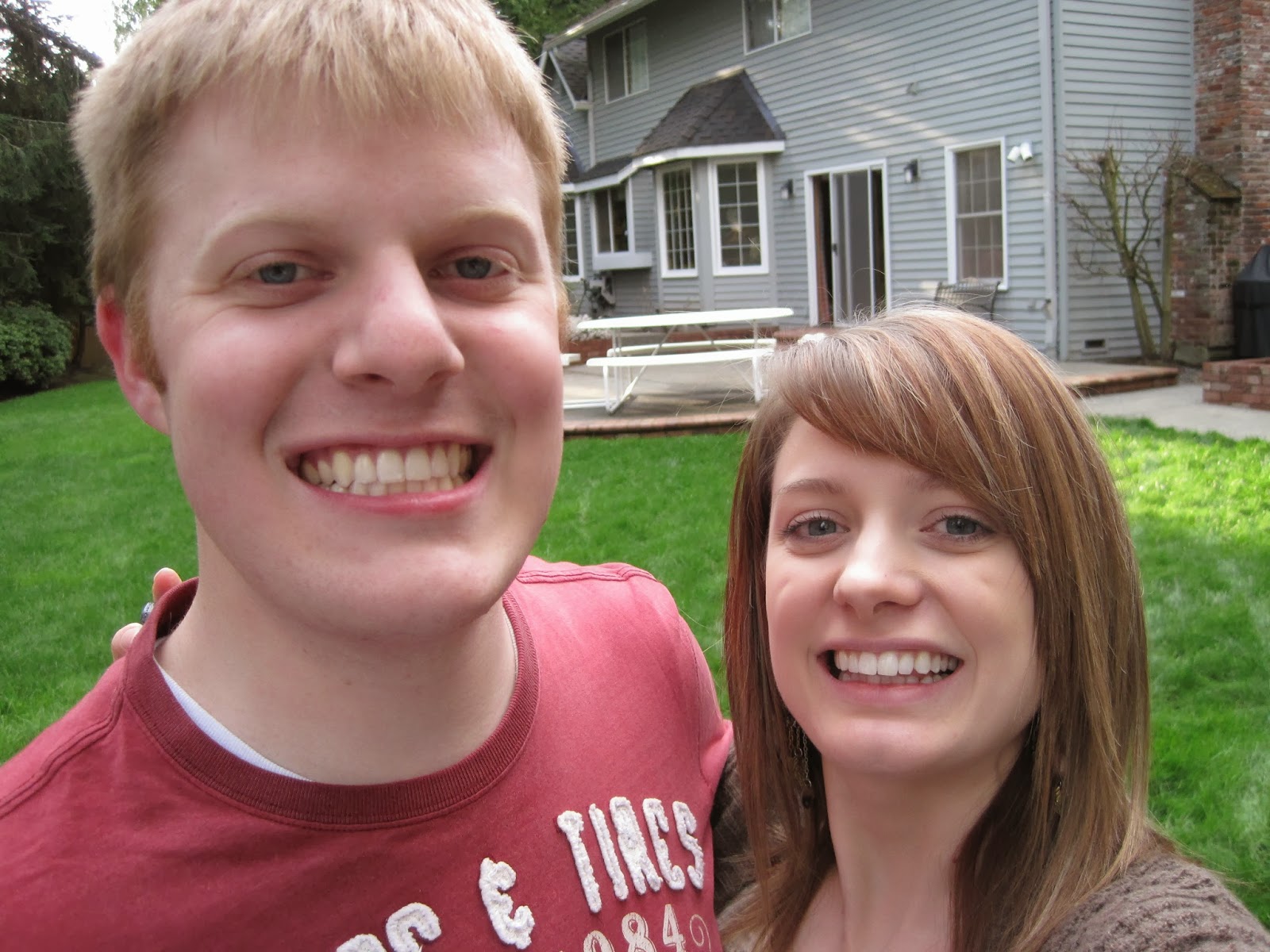 This was a special weekend, drawing near to family. None of us regret the effort we made to all be in Seattle at the drop of a hat to say goodbye to Grandpa Ray.
Email ThisBlogThis!Share to TwitterShare to FacebookShare to Pinterest
Posted by Shelley at 11:41 AM