Trevor's brother, Scott, considered flying out from the east coast for Luke's funeral. After consulting Trevor, they decided that Scott would come out and visit a little while later, once things had kinda settled down, and tons of other people weren't here.

We had a great weekend packed with fun events! We played so hard that I was ready for bed by 9pm every night, even though we stayed up well past that! A few highlights... 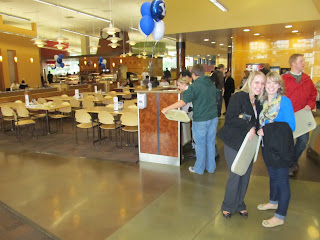 Ate lunch at the BYU Cannon Center with Scott's sister-in-law. 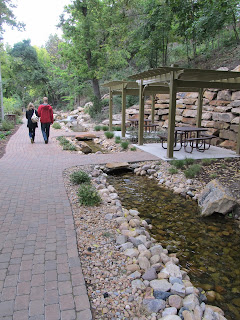 Toured BYU campus and all of the great updates and new buildings since Scott had graduated six years ago. Isn't that pathway with the small stream beautiful? 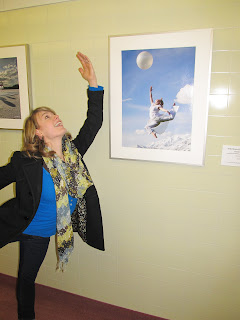 Had to show Scott my claim-to-fame on BYU campus. Yep. That's me. And no, it's not photoshopped. 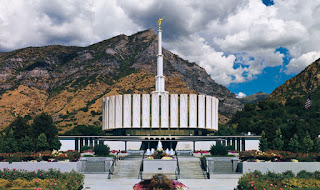 Spent an afternoon at the Provo Temple
Picture from this gallery

Went to Payson Cinemas. Interesting movie. Can't say that I loved it, however; for the not-very-into-professional-sports kinda gal that I am, I guess that's sayin' something. 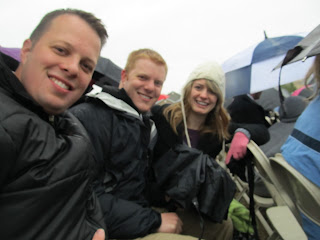 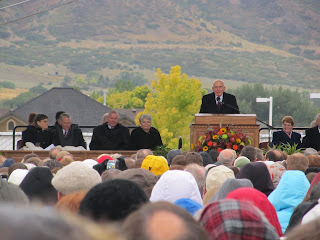 Survived the cold rainy morning waiting for the Payson Temple groundbreaking ceremony to start. If you're not sure what this is all about you can read this article about it. 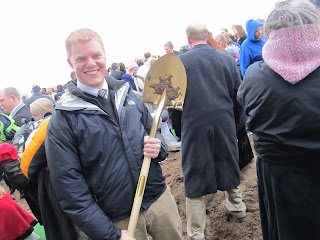 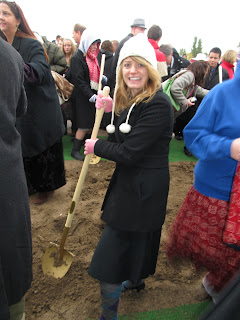 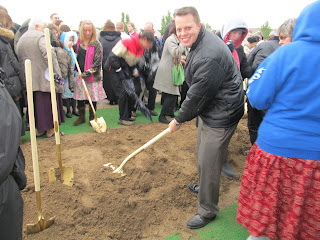 We all got a chance to "turn some Earth." Probably the first and last time I'll use a gold shovel! 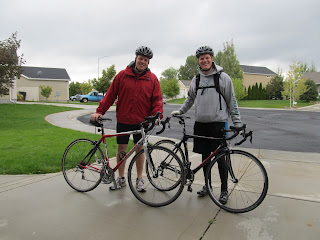 The boys took their long (about 20 miles) bike ride that they planned in spite of the rain! Aren't they tough?! 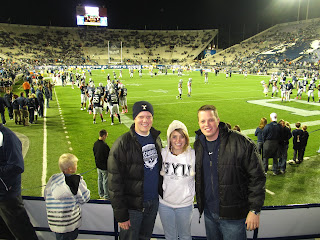 We got front row tickets to a winning BYU game. I'm not sure which part of that sentence is more impressive. (I may have stuffed my face with delicious kettle corn and hot chocolate at the game, but opted not to include that pic.) 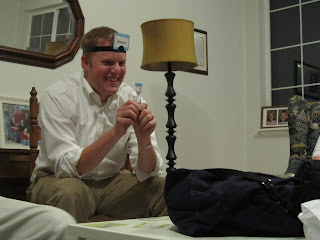 Enjoyed a delicious dinner and played games at Scott's in-laws house. So fun! 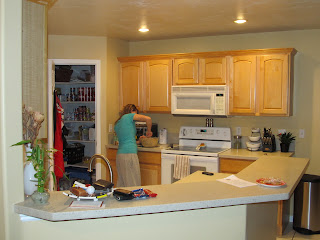 Oh and I made most of our meals ahead of time so we got to eat great, even late, with little time or effort! Well at least no time and effort while we were hosting our guest. I only mention this because this is sooo not like me or at least not like the old me. Now I'm taking action to be prepared! Let's just say it's a work in progress, but this time it was a success!

All in all we had a great weekend. We were so grateful to Scott and especially to his wife who stayed home with their children without him to help. It was good to spend time with family that we love so much. We wish it could have been a weekend to show off a new baby, but quality time with a brother is a good 2nd. 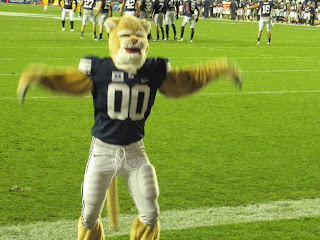 I love Cosmo! How could this not make you smile?
Email ThisBlogThis!Share to TwitterShare to FacebookShare to Pinterest
Posted by Shelley at 1:20 AM